Your Order Is Secure!

Your infoWhere Should We Send Your Purchase
Billing infoYour Purchase Details
We Respect Your Privacy & Information. 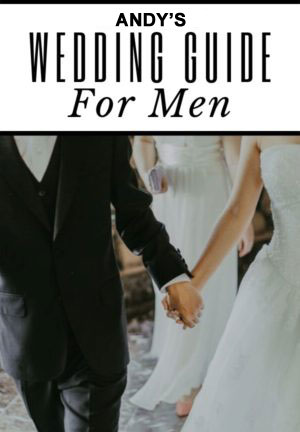 Getting Married? Or Part Of a Wedding Party?

The Ask Andy Wedding Guide for Men is perfect for you. It’s a great package of pertinent, helpful articles.

A Few Other Things You Will Learn From

Where do we get the name “bridegroom”? It sounds like stable duty!

The definitions of Groom are:

1 .A person employed to take care of horses or a stable.

2. A bridegroom. (A man who is about to be married or has recently been married.)

3. One of several officers in an English royal household.

b. A male servant.

“Groom” (usage #1 and #4 above) at first meant “young man” or “male servant.” But because young male servants were likely to be put to work taking care of horses, the meaning of “groom” shifted over the years to mean a male servant caring for horses, and then, by extension, his duties. “Grooming” eventually broadened beyond horses to apply to any sort of hygiene or preparation, and even widened to other uses, such as “grooming” a candidate for office.

The word “bride” has meant “woman about to be married, or just married” ever since it was first borrowed into Old English (as “bryd”) from the Germanic languages back around 1000 A.D.

The adjective “bridal,” did not originally just mean “pertaining to a bride or wedding,” as it does today. The “bride-ale” was the wedding feast (Old English “brydealu”), named for the vast quantities of ale served.

The original form of “bridegroom” was “brydguma,” combining “bryd” (bride) with the Old English word “guma,” which meant “man,” and which was a completely different word than “groom.”

Over the years, people stopped using “guma” by itself, but were still using the term “brydguma.” Eventually people began substituting the more familiar “groom” for the by-now obsolete “guma,” and “brydguma” became “bridegroom.”

Where does the phrase “Tie the Knot” come from?

In ancient times the marriage ceremony in many parts of the world consisted only of a priest or the family patriarch knotting together the garments of the bride and the groom to symbolize a permanent union. The practice, still a custom in some countries today, is the basis for the universal saying to tie the knot, meaning to get married, for which tying the knot has been a symbol in England since at least 1275.

The Greeks followed the custom of untying the knot to declare a marriage. Brides used the Herculean knot, a representation of the snakes entwined on the rod of Mercury, to fasten their woolen girdles. Only the bridegroom was allowed to untie this knot, praying as he did so that the gods would make his marriage as fruitful as that of Hercules – that is, very fruitful indeed, for Hercules once married the 50 daughters of Thestius, all of whom gave birth to his children on the same night. This alas was not one of the legendary 12 labors of Hercules.

And what about “Honeymoon”?

We don’t really know the origins of the word honeymoon. It’s come to mean the time the new bride and groom spend together during the after wedding trip.

One explanation dates back to a practice in Babylonia 4,000 years ago. For a month after the wedding, the bride’s father would supply his son-in-law with all the mead he could drink. Mead is a honey beer, and because their calendar was lunar based, this period was called the “honey month” or what we know today as the “honeymoon”.

Most etymologists discount that interpretation; since Webster’s Dictionary states that “honeymoon” first appeared in 1546, well after these Babylonian drinking habits. The account left us wondering why the bride’s father want his new son-in-law dead drunk for the first month of his daughter’s marriage? Babylonian girls couldn’t have been that bad!

A probable explanation is that the first month (“moon”) of marriage is the most compassionate, free of stress from an outside world of work, etc.

But there’s no evidence that the “moon” in “honeymoon” has anything to do with the lunar cycle. A more plausible interpretation, first proposed by Samuel Johnson, (1709 – 1784) English author, critic, & lexicographer, is that “moon” really refers to the waxing and waning of the moon. In this somewhat cynical scenario, the “moon” of marriage is full at its start, leaving only the natural waning to follow. Of course, the moon always waxes full again, so hope springs eternal. 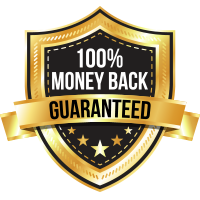 © 2021 Encyclopedia of Men's Clothes. All Rights Reserved. Maintained by CaveMedia.com